There comes a point in every tale of disaster—fromJon Krakauer’s 1997 Everest chronicle, Into Thin Air, to last year’sblockbuster space movie, Gravity—when you think, Could it get any worse?

Of course, it always does. And as readers orviewers, we can’t get enough.

Why are these books and movies so compelling? Arewe simply fascinated by others’ misfortune? The worse their luck, the greaterour thrill? Or is it a need for catharsis—for acknowledgment of, and releasefrom, all our repressed anxieties about the things that could harm us?

Perhaps both, to some degree. But I think anotherreason we love these tales is the deep examination of moral choices they oftenoffer.

What decisions did the climbers or astronauts orsailors or hikers or airplane passengers make in the most dire ofcircumstances? And how would we behave in similar emergencies? As PulitzerPrize winner Sheri Fink writes in Five Days at Memorial, her eloquentbook about a hospital’s response to Hurricane Katrina, “It is hard for any ofus to know how we would act under such terrible pressure.”

When you read her story and others in this genre,you can’t help wondering how your own carefully constructed but mostly untestedmoral reasoning would hold up in a catastrophic situation. Would your behaviorbe guided by selflessness, self-interest, or something else?

Five Days at Memorial is a fascinating storyon several levels, but the issue of moral choice comes to dominate the tale. Atone point Fink draws a comparison between what went on at Memorial MedicalCenter and events at nearby Charity Hospital in the desperate days after thehurricane hit New Orleans. Memorial flooded and lost power. With suppliesrunning low and rescue uncertain, the medical staff gave several patientsmorphine injections that allegedly caused their deaths. Some of those patientshad been designated do-not-resuscitate; one was considered too obese for airlifting;they were suffering. Compassion, not just expediency, appeared to motivate thehealth care workers. Indeed, after an attending physician, Anna Pou, wasarrested on second-degree murder charges, there was a groundswell of supportfor her, and in the end, a grand jury declined to indict her.

Over at Charity Hospital, things were verydifferent. The staff continued to provide care to patients, despite conditionsthat were possibly even worse than those at Memorial.

Leaders never categorized patients as too ill torescue. In that light, the decisions made by Pou and her colleagues seem lessdefensible.

Crisis settings by definition present extraordinarychallenges. Yet as Harvard’s Lachlan Forrow, an expert in medical ethics andpalliative care, wrote in response to the euthanasia charges leveled atMemorial staffers: “We should almost always see exceptional moral situations asopportunities for us to show exceptionally deep commitment to our deepest moralvalues.”

The best disaster narratives offer up those typesof character tests—none black-and-white, all colored in shades of gray. If youhad been responsible for patients in a hospital with no power and little food,what would you have done? If you had been a guide on Mount Everest in blizzardconditions, would you have left climbers behind while you descended from thesummit? If you had been on United Airlines Flight 93 on 9/11, would you haverisked your life by storming the terrorists?

Sometimes the absence of moral choices can make adisaster story seem strangely empty. For all its thrills and breathtaking 3-Deffects, Gravity was mostly devoid of character decisions, exceptwhether Sandra Bullock’s astronaut should give up or go on. Trapped Underthe Sea, a new book from journalist Neil Swidey about a disaster that lefta group of workers stranded in a 10-mile-long tunnel beneath Boston Harbor in1999, has a similar problem. It’s a vivid story, well told, but once calamitystrikes, the only dilemma facing the trapped men is whether to try to recovercolleagues’ bodies. The moral choices that truly mattered get scant probing;they were made earlier by the supervising engineer who implemented the workers’faulty breathing system and pushed ahead despite warning signs.

Harvard Business School’s Amy Edmondson, innumerous case studies and articles, has analyzed both the flawed decisionmaking that leads to disasters and the tough choices people must make as aconsequence. Her work has showcased leadership failures (at NASA, for example,in the run-up to the Challenger explosion) as well as triumphs, suchas the willingness of the head of the 2010 Chilean mine rescue operation to tryan innovative drilling idea suggested by a 24-year-old engineer. Thatopen-mindedness took some moral courage—a leader more concerned aboutprotecting entrenched hierarchies might have ignored advice from someone soyoung and inexperienced.

In good times and bad, before crises and after,leadership quality often rests on the strength of leaders’ intuitive moralsense. If that sense is powerful, the leaders will probably do the right thingwhen disaster strikes (or prevent trouble from happening at all). If theircommitment to ethics isn’t “exceptionally deep,” to borrow Lachlan Forrow’swords, they might find themselves cutting corners and thus courtingcatastrophe, or, in the midst of a crisis, pushing people aside to savethemselves.

We look at the central figures in disasterscenarios and ask, “Is that a portrait of me? However unselfish I may be, wouldmy moral compass go haywire under pressure?” Most of us probably imagineourselves putting aside fear and personal needs to lead others through acrisis. But would we be that heroic? Could we be? 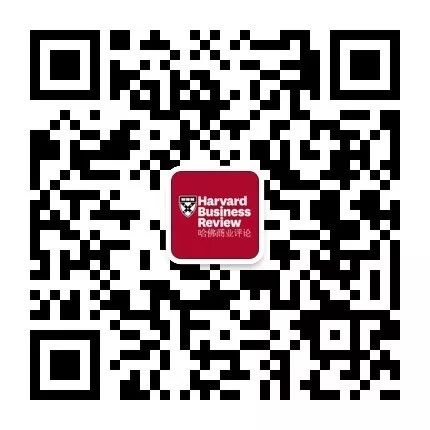